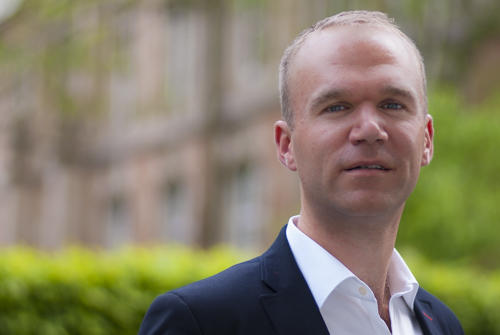 Simon Schuffert, born in 1983 in Hanover, studied Geodesy and Geoinformatics from 2003 to 2009 at the University of Karlsruhe (TH) with the following Professors: Hans-Peter Bähr, Günter Schmitt, Bernhard Heck, Maria Hennes and Stefan Hinz. He graduated with the degree of Diplom-Ingenieur (Dipl.-Ing.).


From 2006 to 2009 he created solar roof cadastres derived from GIS-based analysis of 3D surface data at the Institute of Photogrammetry and Remote Sensing (IPF). He carried out survey work at the engineering office Arguplan GmbH, at the Geodetic Institute (GIK), as well as at the Institute of Mineralogy and Geochemistry (IMG) and was involved in the preparation of statistical traffic analysis at the the Institute for Transport Studies (IfV).


He supported the archaeological expeditions of the Heidelberg Academy of Sciences and Humanities by Professor Harald Hauptmann, where he managed topographic surveys on the historic Silk Road at the Karakoram Highway in the surroundings of Nanga Parbat in 2006 and 2007.


At the IPF (in the team of Dr. Thomas Vögtle and Dr. Joachim Wiesel), he designed and developed for the company Wirsol Solar AG from 2009 to 2011 the ASIS software in close cooperation with the departments of corporate communications and marketing. With the help of the software solar roof cadastre have been created for numerous municipalities, which were used by the industrial partner for public relations.

Since 2011, he develops software in the EAGLE project of the Seventh Framework Programme (FP7) of the European Commission. The focus of his work are in the automatic derivation of high-resolution 3D data from aerial photos as well as the extraction of detailed information about roof surfaces.


He completed the „Introductory Crash Course on Entrepreneurship“ at the ESADE Business School in Barcelona, ​​Spain, in 2012.


Fields of activity of Simon Schuffert are:

He is working on the following projects in the area of ​​research and development: